Should I Move House Before Brexit?

Should I Move House Before Brexit?

Let’s face it, Brexit has been incredibly hard to avoid for a long time now. You can almost guarantee that by turning on any news channel in the UK or picking up a paper, you will see at least one new story surrounding Brexit. Whether you a pro-Brexit, or pro-remain, you are likely to be annoyed at the way that it has been handled thus far.

One point to mention is that many Brexit has brought with it, a huge amount of uncertainty. Uncertainty can often lead to a lot of fear as well as a lack of confidence in an economy. For this reason, many people have asked themselves whether moving house before Brexit is a good idea or not.

The housing market tends to be quite a volatile market, this is made even more apparent due to the price range of properties. It is no surprise that something as significant as Brexit is likely to cause uncertainty in the housing market. Buying a home is generally a long term purchase and almost a commitment to living in the country that you buy your house in. As no one is certain what effects that Brexit will have on the country, many people will become hesitant to make such a purchase.

Are You Planning to Settle Down?

Depending on the length of time you wish to live there for can also be a huge factor when deciding if you should move house before Brexit or not. For example, if you are looking to move out of the UK then it could be argued that selling your property before Brexit could be a good move to avoid the potential fall in house prices. On the other hand, if you are looking to buy a house in the UK then you may be on the fence as to whether this is the best idea in the current housing market. 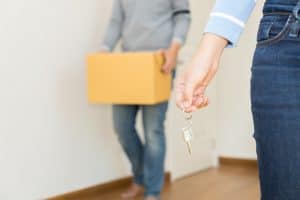 Where Do You See Yourself Living?

Deciding on when to buy or sell a property can also come down to where you see yourself living. As well as Brexit having an effect on the housing market, it is important to think about whether it could also have an impact on many other aspects of life, from the job market to the price of goods, etc. Depending on the location of your looking to move to will determine whether or not moving before Brexit is a good idea or not. For example, there may be a difference in house prices if you are considering moving to Amersham rather than if you were moving house to Aylesbury.

So there you have it, there are many points you need to consider if you are considering moving home. If you do decide to move house then you need to decide on a removal company that you can trust. ABC Removals have been helping people to move house for many years and will go above and beyond to ensure that your requirements are met. Call us today on 01494 853 112 to find out more