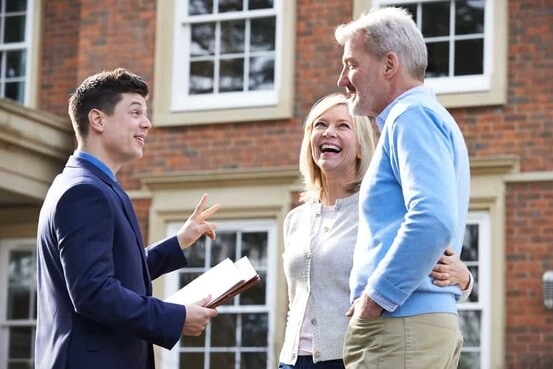 On the 31st January 2020, the cogs began to turn on an issue that has haunted our news and social media feeds since the 2016 referendum. Brexit has caused a huge degree of uncertainty across all industries since we voted to leave EU. However, love him or hate him Boris Johnson’s firm stance on leaving on the above date has at least progressed the Brexit conversation and slowly brought answers to ambiguous questions from the last 4 years.

One pertinent topic that many have asked is how UK citizens who want to relocate to an EU member will be affected. In addition, current British ex-pats in these territories were left not knowing their futures and wondering how what the future in their adopted homelands held for them.

In this article, we will look to answer the above and more in an extensive breakdown of what moving home post-Brexit looks like. With over 40 decades of experience in international relocations for British citizens, here at ABC we have seen the impact uncertainty has had on our clients, and this blog should help answer some of the key questions we hear most often.

Should I Sell My Home?

Before you even considering relocating abroad you must first consider if you are going to get a good price for your current UK property.

While there are many factors when it comes to the success of selling your home, political factors are usually less damning than you may imagine. If anything the only thing that Brexit has caused is a lack of bravery from house sellers, although this may begin to change now we have finally started the exit process.

Therefore if you’re selling your home you may find the market of properties available in the UK is smaller than it was before Brexit. However, if you possess a desirable home in a desirable location that lack of competition from similar properties can certainly work in your favour. Less competition when you sell your home means that sellers could be scrambling to get your property and the lack of availability could be a catalyst for getting a better price through a bidding war.

Even if you own a smaller home it is certainly worth considering that for many first time buyers the market could not be better right now. Providing they have the necessary deposit mortgage interest rates are among the lowest they have ever been. With rates as low as 1.5% you can be sure that buyers who are ready will be desperate to capitalise before the economy picks up again.

Can I move to Europe after Brexit without tariffs?

The short answer is yes, for now. While the UK and EU are still in the transition period to the ‘Full Brexit’ all British citizens are free to relocate as before, up until the end of this agreement which is currently scheduled for 31st December 2020.

If you have family currently in the EU then the current agreement has guaranteed the right to visit any EU member state for up to 90 days without a visa. However, while this is currently agreed on this will still need to be written into the final agreement.

What if I want to relocate to Europe after the transition period?

Any UK citizens that would like to move to Europe after this would be subject to each country’s visa regulations. Each country will also have its own resettlement scheme, which the UK government is currently in the process of pressing to the member states.

In addition, if relocating you and your removal company will also be subject to the additional customs regulations that will come post-Withdrawal Agreement. While the specifics are not currently clear, a good reliable international removals company will take this all into account before your move to the EU starts.

What if I want to relocate back to the UK from the EU after Brexit?

Any British national who relocates before the end of the Withdrawal Agreement will be able to return to the UK, and also bring any close family members who are not British. Once back in the country non-British citizens, either in or outside of the EU, will need to apply to the government’s settlement scheme before 31st March 2022.

If you are looking to move back to UK in the next few years from the EU you should be completely covered, providing you register any non-UK family members before the above deadline. Your children are also still protected under the same laws on their right’s to British Citizenship.

It’s worth also noting that if you are bringing a pet back it will likely be subject to some additional checks on return to the UK. These should not be beyond what you would already pay for your pet so while it might take longer to get your dog back across the border, it’s rights are still protected even after Brexit.

What If I Own A Second Home In The EU?

Moving home doesn’t necessarily mean completely removing all your belongings to a new home. Increasingly once retired many couples take a smaller flat in the UK and a property abroad, so the need for a removal company remains the job is just slightly smaller.

One rumour that is often flouted is that properties themselves may be seized by governments following Brexit. This is completely untrue, and if you wish to purchase a second property in the EU during the transition period rest assured you are protected no matter what. Both the United Nations and the EU have treaties which protect such actions from happening.

What If I Am Planning To Buy A Second Home After Brexit?

As with relocating to the EU after 31st December 2020, you would be subject to each countries specific rules. In all likelihood, you would need to apply for a special investment visa to complete the purchase on a property.

Also increasing the costs for a UK citizen buying a second home is the increase in stamp duty, which is decided by each country respectively. However, the most popular destinations in Europe, such as Spain and France, will certainly cost more after Brexit than under the current Withdrawal Agreement.