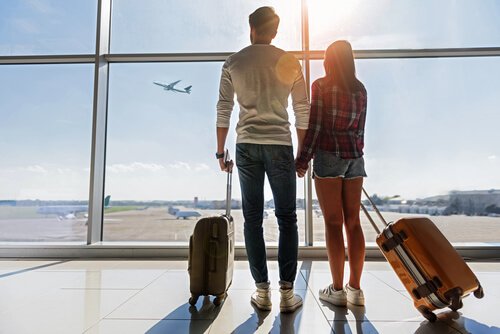 According to the BBC, roughly one in ten Brits live outside the United Kingdom. In 2016, 339,000 people left the UK compared with 299,000 in 2015, according to data collected by the University of Oxford Migration Observatory. People seeking a fresh start overseas list better quality of life, career progression, family ties, economic stability, lifestyle change and politics as reasons for moving abroad. We have put together a list of the top 10 places to move abroad in 2018. If you’re thinking of heading for new shores, read on for some relocation inspiration. 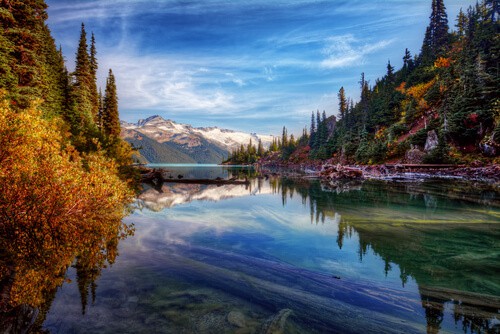 When it comes to quality of life, Canada tops the charts. According to U.S. News & World Report 2018 Best Countries list, the North American nation is the number one choice for a better quality of life, factoring in job market, affordability, economic stability, suitability for families, income equality, political stability, safety, health and education. The report, compiled by University of Pennsylvania and global consumer rights firm BAV Consulting, measured 80 nations, scoring them on a set of 65 different attributes, ranging from levels of corruption to gender equality.

Canada also ranks in the top tens for being business friendly, modernity, entrepreneurship, retirees, raising a family, equality and green living. Canada is renowned for its friendliness, according to Forbes and, having been affected by the 2008 financial crisis to a much lesser extent that its neighbour, offers plenty of opportunities for work and business growth. For those who love nature, the outdoors and are looking for a more friendly vibe, Canada is a great option for heading overseas. 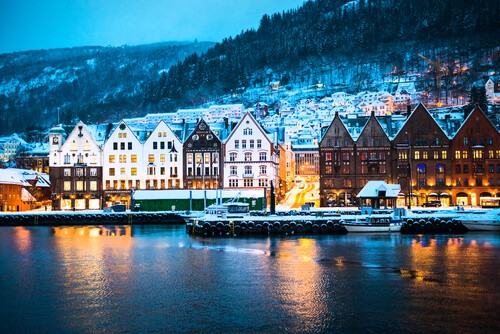 Scandinavian countries are often hailed for their contented approach to life, boasting low crime and unemployment rates and high rates of happiness and satisfaction. Denmark was number two in the Best Countries list, with Sweden, Norway following close behind. These countries also rank in the top 10 most expensive countries to live, according to statistics database Numbeo’s 2018 Cost of Living Index, which takes into account almost fifty factors including cost of meals, transport and accommodation. 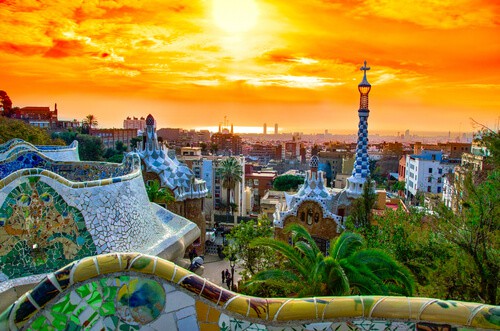 One of the cheaper places in western Europe to live, according to Numbeo (the majority of eastern Europe being by far the cheaper), Spain is a favourite of British expats; according to a study by the UN over 300,000 UK born people live out there. With gorgeous weather, a lower cost of living and a more laid back way of life, thousands are swapping their umbrellas for sun hats and hopping across the channel to bask in the Spanish heat. It is particularly popular for older expats seeking a sunny retirement. Spain boasts beautiful beaches, breathtaking architecture, fascinating cities and a diverse and interesting culture, as well as being easily accessible from most UK airports. While many Spanish people do speak English, if you’re planning on moving there permanently it might be time to pick up a Spanish dictionary, si? 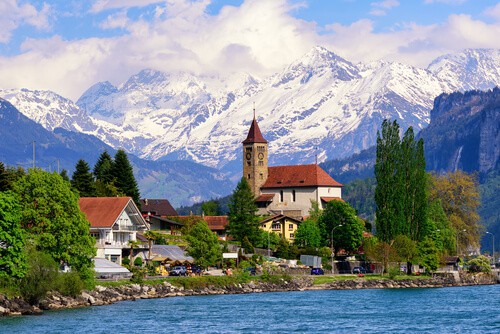 Mountains, cheeses and copious amounts of chocolate, Switzerland wins the award for best country overall. The Balance cited it as the second best country in the world to work in, with an average annual income of approximately £41,000 ($58,389), low unemployment rate and good work-life balance. Switzerland is well known for its beautiful scenery, quaint culture and popular leisure activities such as skiing and hiking, making it a popular winter travel destination.

Switzerland ranks among the top 10 best countries for education, equality, women’s rights and green living. It is also highly ranked as a place to raise children, perfect if you are planning on moving your family overseas. While it boasts an impressive reputation, this all comes at a hefty cost, with Switzerland being labelled the most expensive country to live in Europe (second most expensive globally). But, if you do have money to spare, top of the charts Switzerland might be the perfect place for you. 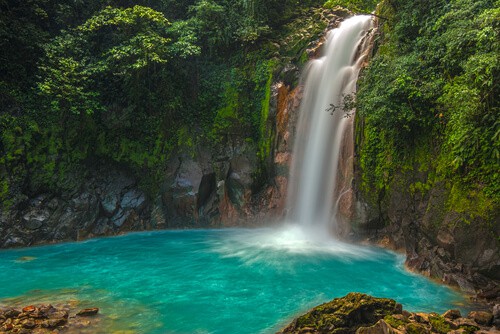 Costa Rica is reportedly the happiest country in the world, according to the Happy Planet Index, we’re sure that has absolutely nothing to do with its idyllic beaches, beautiful wildlife and stunning scenery, just look at the gorgeous Rio Celeste waterfall (pictured). Costa Rica is both a peaceful paradise and an adventurer’s dream. Average life expectancy in Costa Rica is 79.6 years, higher than the USA and its literacy rate is impressively high at 97.8 percent. And of course, don’t forget its world-renowned Costa Rican coffee.

Another population destination for UK expats, Ireland is home to over 280,000 UK migrants. Its proximity to the UK makes it ideal for those wishing to move abroad, but still want to stay close to friends and family. Ireland boasts some beautiful scenery, much of which has been featured in the wildly popular HBO series adaptation Game of Thrones.

It is a charming country, full of beauty, music and tradition, beloved by its nationals and visitors alike. 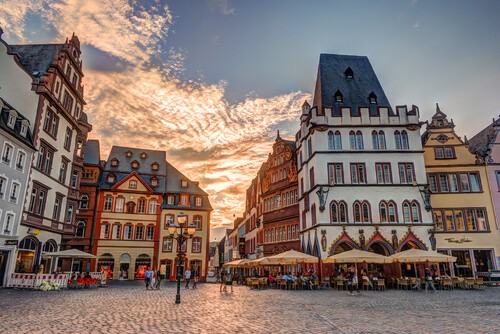 The second most populated country in Europe, Germany is becoming more and more popular as a destination for expats; it has the fourth largest number of Brits, behind Spain, Ireland and France. It also ranked third for the overall best country. Germany is a particularly good place to move for those with a smaller budget and is proving popular with many millennials. Rent in Berlin on average accounts for just a quarter of the average salary, compared with rent in Danish capital Copenhagen, which accounts for almost a third of a person’s monthly earnings.

Germany is popular for businesses and creatives alike and is known for being a very welcoming, hospitable nation. 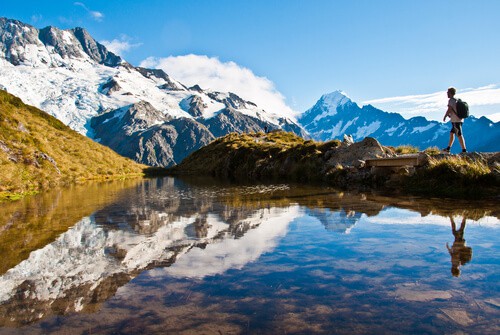 Australia’s closest neighbour is another increasingly popular destination for moving abroad and working overseas. According to Mercer’s Quality of Living Ranking 2018, capital city Auckland is the third best city in the world to live in. It is a very friendly, welcoming country, with 80 percent of expats reporting finding it easy to settle to life in New Zealand. People love the relaxed, friendly culture and beautiful scenery that greets them when they arrive.

Good news, moving to New Zealand is relatively easy; several industries require skilled workers from abroad to fill roles, and in 2016, the tiny town of Kaitangata made headlines with its unusual problem of having too many jobs and affordable homes, with not enough people to take advantage of them, launching a recruitment drive to attract new residents.

For advice on moving abroad, check out some of the government’s latest guidance here.

ABC Removals & Storage has handled both domestic and commercial moves for nearly 40 years. With a wealth of experience supporting people and businesses relocating overseas, ABC is one of the best international moving companies across Hertfordshire, Oxfordshire and Buckinghamshire. For more information and advice about moving abroad, including quotes for international moving costs, contact one of our helpful team today. Looking for removal companies in Aylesbury? Choose ABC Removals for a service you can trust.